This garden is a landmark at the corner of Beach Drive and Margate Street, and the landscape is intrinsic in establishing the character of the neighbourhood. The site is also of great ecological value as a green space and nature reserve. It acts as a preserve for plants indigenous to southern Vancouver Island, many of which are endangered by development.

The Native Plant garden is closely associated with the founding settlers of Oak Bay. The original site was part of the home and garden of Arden, designed by Samuel Maclure for Ada and Hugo Beaven in 1908. Mrs. Beaven was the former Ada Pemberton, daughter of JD Pemberton, one of Oak Bay’s original four private landowners and Surveyor General of BC. The site of Arden was part of the Pemberton estate. Hugo Beavan was the son of BC Premier Robert Beaven (1882-1883), who also served as Mayor of Victoria.

In 1939 Mrs. Beaven donated 0.52 acres of her property to the Municipality of Oak Bay to be used as a native plant park.

In keeping with Mrs. Beaven’s wishes, the Municipality has maintained the property in its natural state, two ponds from the original Maclure plans still exist, and the fight against non-native invasive species by dedicated Friends of the Native Plant Garden is on going. 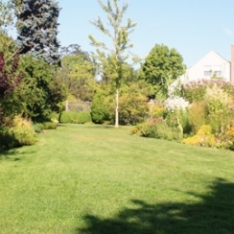 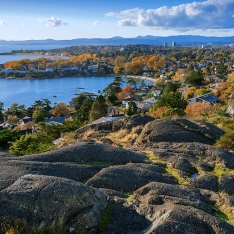