The cemetery lies beside the rocky shore of Harling Point, looking out towards the Olympic Mountains. Simple markers and a ceremonial altar are found among wildflowers in a setting selected according to the ancient concept of feng shui.

In 1903 the Chinese Consolidated Benevolent Association purchased 3.5 acres of land at Harling Point and established the Chinese Cemetery. Traditionally it was a sanctuary of temporary repose before final interment in China, a pattern which reflected the early aspirations of these immigrants to return to their homeland. After the Sino-Japanese war broke out in 1937, it was no longer possible to ship remains back to China. In 1961, bones of 849 Chinese pioneers whose return to China had been blocked since 1937 were finally laid to rest at Harling Point. At that time the cemetery became a memorial site in honour of Chinese-Canadian pioneers.

Harling Point also houses Harpooner rock, or Sahsima, to the Lekwungen First Nations, and falls on a meeting point of two geological plates. When the tide is low, you can see one side of the rock is grey and the other is green – someone says is shows a joining of cultures. It is a wonderful place to go and contemplate the world’s wonders.

In 1994 the Chinese Cemetery at Harling Point was designated a National Historic Site by the Government of Canada. 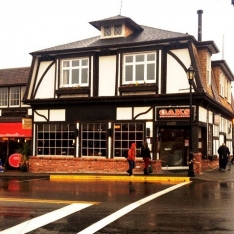 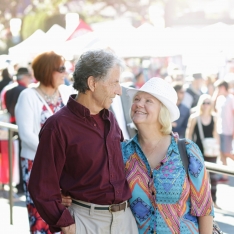